Stablecoin – What Is A Stable Coin?

What Is A Stablecoin?

Stablecoins are simple in theory, yet complicated in practice. And understanding the inner workings of how the UST/Luna system operated will be key to making improvements in the future.

To better answer the question: What is a stable coin?, we must look at the supply and demand.

The supply of stablecoin UST was determined by the demand for it, which theoretically enforces the 1:1 relationship the coin has to the US dollar. The connection between Terra and LUNA involves minting and burning coins in order to keep the value at equilibrium. So essentially, in order to create UST a user must first trade one Luna token (which would then be burned).

This system (called the anchor protocol) was designed to maintain a 1:1 dollar value through market arbitrage. Or in other words, if the market value of Luna slipped to 99 cents or less, enough buyers were supposed to enter the market to raise the value, and if the value went to $1.01 or higher, enough holders would sell to lower its value.

The key to UST retaining its peg to the US dollar, was that 1 UST could (theoretically) always be exchanged for $1 worth of Luna. And if UST ever slipped to 99 cents, traders could profit by buying UST and exchanging it for Luna (profiting the difference in price). So in essence, people buying UST drove the price up, and UST being burned during its exchange to Luna deflated the supply. This was the inner workings that was supposed to keep UST on par with the US dollar. Additionally, the owners of the Terra blockchain attempted to provide further stability to UST by having over $2.3 billion worth of Bitcoin in reserves. Should the value of UST start to deviate from the 1:1 ratio, bitcoin would be sold, and the proceeds then used to balance out the supply and demand.

Stable Coin Crash Marks the Beginning, Not the End for Crypto

The crypto world is reeling right now, largely because of the unfortunate collapse of one of the largest stablecoins in the world. Built off the Terra blockchain and designed to mirror the value of the US dollar, cryptocurrency Luna and the subsequent stablecoin UST was seen as the beginning for digital currencies to replace our traditional financial system.

However, the behind-the-scenes action of UST being pegged to the US dollar was more complex and exposed than many originally understood, leaving the digital token open to unexpected risks in certain situations. Despite this, the future is still bright for cryptocurrencies, and stablecoins in particular, as these digital tokens hold the possibility for a more transparent and efficient monetary system.

What Went Wrong With Stablecoin?

After understanding how Luna and UST was “suppose” to work, as well as knowing there was billions in reserves to help keep the stablecoin pegged to the US dollar, leaves many asking the question: how did UST lose its peg, and why did both Luna and UST collapse in price?

The answer to this question isn’t completely clear, however, there are two main theories. The first theory, some suggest, is that investors and holders of UST or Luna began to sell as other financial markets sold off as well (other traditional asset classes like stocks have retreated in value in the last few months due to rising inflation, rising interest rates, and various supply chain constraints). And that the unstaking of over $2 billion worth of UST was simply investors looking to pull their money out of markets as they became more risk averse. The other theory is that the collapse of Luna and UST was a coordinated attack on the Terra blockchain, where the attacker took a large short position on the cryptocurrency and profited handsomely as the tokens collapsed in value.

Regardless of what actually happened, the collapse of UST and Luna has shone a light within the crypto world that there is further room for improvement. Stablecoins are designed to have very little volatility, yet even with strong measures in place to ensure large swings don’t happen, the collapse of UST shows the current system is still vulnerable.

This is Just the Beginning For Stable Coin

The US Treasury of State Janet Yellen stood before a US Senate panel soon after the collapse, criticizing the growing risks and lack of understanding many have when investing into various stablecoins. Many believe cryptocurrencies should be heavily regulated or banned altogether after this incident, but the truth of the matter is, the collapse of UST and Luna is a steppingstone (and learning moment) to something bigger.

Seeing the UST collapse helped demonstrate how well stablecoins work when markets are healthy. In bad economic times, however, supply chain constraints, rising inflation, and rising interest rates can harm their stability. The answer is not to ban stablecoins but to improve upon the system so that it can better survive such conditions.

Stablecoins offer immense potential within the financial world, as these tokens, unlike the majority of other cryptocurrencies, are created with stability in mind. UST and other stablecoins like it aren’t meant to see large fluctuations in price, acting very similar to traditional fiat currencies. But where traditional currencies (like the US dollar) fall short, stablecoins offer innovative solutions. More specifically, stablecoins can facilitate near instantaneous transfers of money both domestically and internationally. Our current system is inefficient and slow to transfer money across different countries, and the fees associated with these transactions are unnecessarily high. Stablecoins allow transactions to happen instantly and at a fraction of the cost. As well, these digital tokens offer further innovation for payment solutions by opening the door for programmable money, as well as creating a more accessible and transparent financial system overall.

Billions were wiped out as UST and Luna saw their prices collapse. And this unfortunate event shows just how volatile and new the cryptocurrency market is. However, analyzing what happened with UST and adopting improved systems and protocols to ensure these events aren’t able to repeat themselves is what regulators and the wider population need to take away from this event. 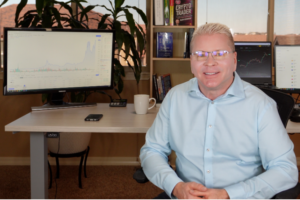 Get a "Quick Quote" Now.
We Get it All 'Done-For-You' promptly.

…So you can relax, ‘melt your stress’ and put-this-burden-behind you (quicker and easier than you thought possible)!